” ‘…. Yet still you took me to that same spot where your biggest mistake happened….
You arranged that picnic with the sole intention of getting me to lift my skirts
and spread my legs for you…like…like…a trollop!’ “

A reunion in Rome…Sparks an affair to remember!
Responsible widow Lilian Fairclough is persuaded to travel to Rome for a hard-earned break and to let down her hair! She’s surprised to be reunited with passionate, cynical Italian duke, Pietro Venturi. He reawakens her sensual side and intrigues her with glimpses of pain beneath his rakish surface. Enticed into a secret and temporary affair – what will happen once she returns home?

Welcome to the second of my final four blog tours, which sadly, is the fourth and final book in the excellent ‘Secrets of a Victorian Household’ series, which follows the stories of Lilian Fairclough and her three children. Each book is about a different Fairclough, and is written by a different author.

Lilian has been talked into going to Italy with her friend Alexendra, where they will stay with the Contessa di Bagnoregio, an old friend of Alexandra’s. Unfortunately, no one has told Lilian that the Contessa’s brother actually owns the Palazzo, and he is non other than the sexy Italian, Pietro Venturi, Duca della Torizia, with whom she shared a kiss last Christmas.

Lilian is not looking for love because she’s still mourning her lost husband with whom she was very much in love. At the beginning, she’s apparently suffering from ’empty nest syndrome’, and has begun to question herself after a lifetime of being a wife, mother, and running the Fairclough Foundation. Who is she? What does she really want? Where does she belong now?

Pietro is a widower who, as a consequence of that marriage, has a cold and barricaded heart. In the years since, he’s had many, discreet affairs which he has always kept at a physical distance from his home, so he can equally keep his lovers at an emotional distance. And this gorgeous, sexy, sinful Italian is a very good lover indeed….

Set mainly in Rome, against her backdrop of art and art history, it’s the story of an older couple with all the emotional baggage that comes from previous relationships whether good or bad. It’s wonderful to read because contrary to popular opinion, our desires and emotions don’t disappear as soon as we hit forty, or even thirty! It’s beautifully and compassionately written, and that, together with Ms Heath’s trademark wit and humour, has made it one of my favourites.

It’s powerful, it’s emotional, and it’s breathtaking. I love it.

When Virginia Heath was a little girl it took her ages to fall asleep, so she made up stories in her head to help pass the time while she was staring at the ceiling. As she got older, the stories became more complicated, sometimes taking weeks to get to the happy ending. Then one day, she decided to embrace the insomnia and start writing them down. Despite that, it still takes her forever to fall asleep.

Secrets of a Highland Warrior contains a beautiful epilogue by Janice Preston. It’s poignant, emotional, and it brings us full circle. I’m so glad this was included because I felt it brought the whole series together, and provided closure. And honestly, it is so emotional I didn’t just have a lump in my throat, I really did cry.

The Lochmore Legacy has been a stunning series from start to finish. The authors have been outstanding. Every single one. Each story is a testament to their ability, skill, and excellence, and they’ve all brought the uniqueness evident in their other books, and which makes each one an auto-buy author. I’ve loved each story for its own sake, but also for the underlying mystery running through each one. A mystery which was actually revealed more as each subsequent book moved us back in time. It really has been a joy to read.

I have to say a huge thank you to everyone involved in this collaborative series: Mills & Boon for the concept, all of the editors and above all, the amazing authors who brought it all to life with such breath-taking skill.

THANK YOU ALL SO MUCH! 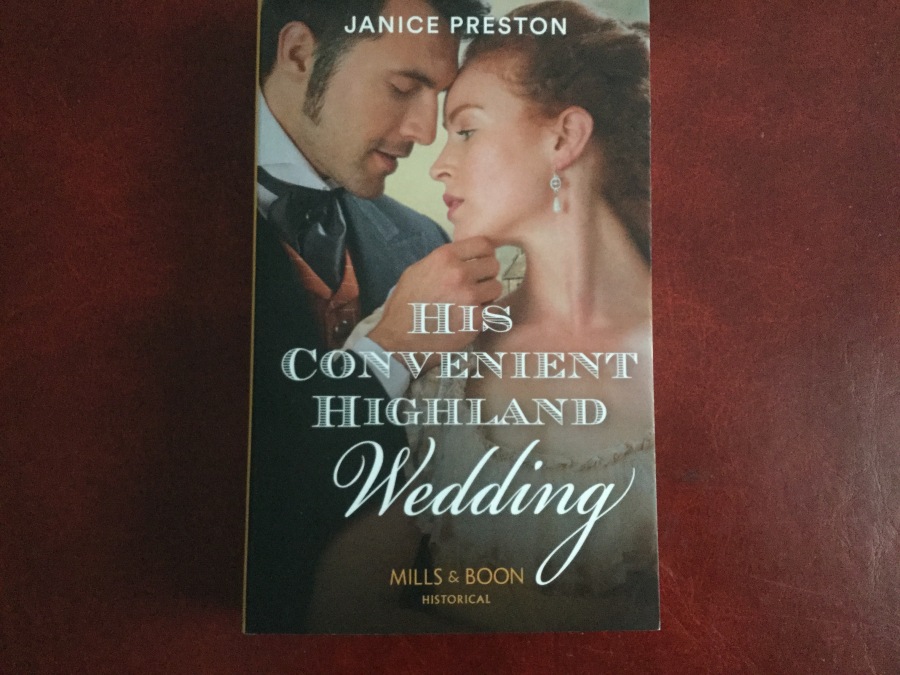 ‘She had never felt so … unnecessary’

Bought by her husband…

Bound by secrets of their past!

The start of The Lochmore Legacy – A Scottish castle through the ages! Earl’s daughter Flora McCrieff brought shame on her family once, now she discovers she must wed impossibly rich but low born Lachlan McNeill. He’s undeniably handsome, but a man of few words. Despite the attraction that burns between them, can she reach beyond his impeccable clothing to find the emotions he’s locked away for so long…?

I loved Flora, and really felt for her. She is not a typical Victorian woman, as is evident at the beginning of the story. Her will and strength are apparent as she defies what is expected of her. And yet, just a few years later, when she learns she is to be married, she appears quiet and downtrodden, as if that independence and strength has been beaten out of her. It’s as if she’s a completely different person, and her bewilderment, frustration, and resentment are palpable. However, although Flora now appears to be a typical woman of the time, her strength of mind, will, and courage soon bubble back to the surface….

Lachlan is a wonderful hero. Although a Victorian male, he also is not typical for the times. He is from a different background, and has many wrong assumptions about how the nobility behave. He just doesn’t know what’s expected of him and consequently makes a lot of mistakes. His past is always hanging over him, and he constantly feels the weight of guilt which he cannot share with anyone. Yet, Lachlan’s real character also cannot be suppressed….

Do I recommend this? Without hesitation! Janice creates wonderful characters, and equally wonderful atmospheric settings, and moods. And although she gives a realistic portrayal of how women were really treated, (they were thought of as brood mares, and pawns for example), she does it in such a way that doesn’t detract from the reader’s enjoyment. Janice’s skill causes us to become emotionally involved right from the start. We share Flora’s frustrations at not being listened to because she’s female, and her resentment that her ideas aren’t as valid or relevant as a man’s. And it’s also thought-provoking, as Janice wonderfully illustrates the truth that men and women really do need to talk to each other….

His Convenient Highland Wedding is the first book in a new four book series. It hints at a mystery that will be revealed and solved backwards in time, through each subsequent book. This is unusual, and I did wonder how this first book was going to introduce this mystery. I enjoyed finding out, as it teased and tantalised, and revealed enough without detracting from the main story, which was Flora and Lachlan’s romance. It also introduces us to Joane and Benneit, whose story will be told in book two of the Lochmore series: Unlaced by the Highland Duke by Lara Temple.

Janice Preston writes emotional, sensual and satisfying Regency romance for Harlequin Mills & Boon.
She grew up in Wembley with a love of reading, writing stories and animals and has worked as a dairy farmer, a police call-handler and a university administrator. She has two children, two step-children (all now adult) and a gorgeous, cheeky grandson. She now lives in the West Midlands with her husband and two cats and enjoys swimming, yoga and pottering about the garden when the sun is shining.
If you’d like to know more, please visit Janice’s website at http://www.janicepreston.co.uk or follow her on Twitter @janicegpreston or on Facebook at Janice.preston.author.

Disclaimer: I received this as part of my paid subscription for the Mills & Boon Historical bookclub.

Review Coming Up Next 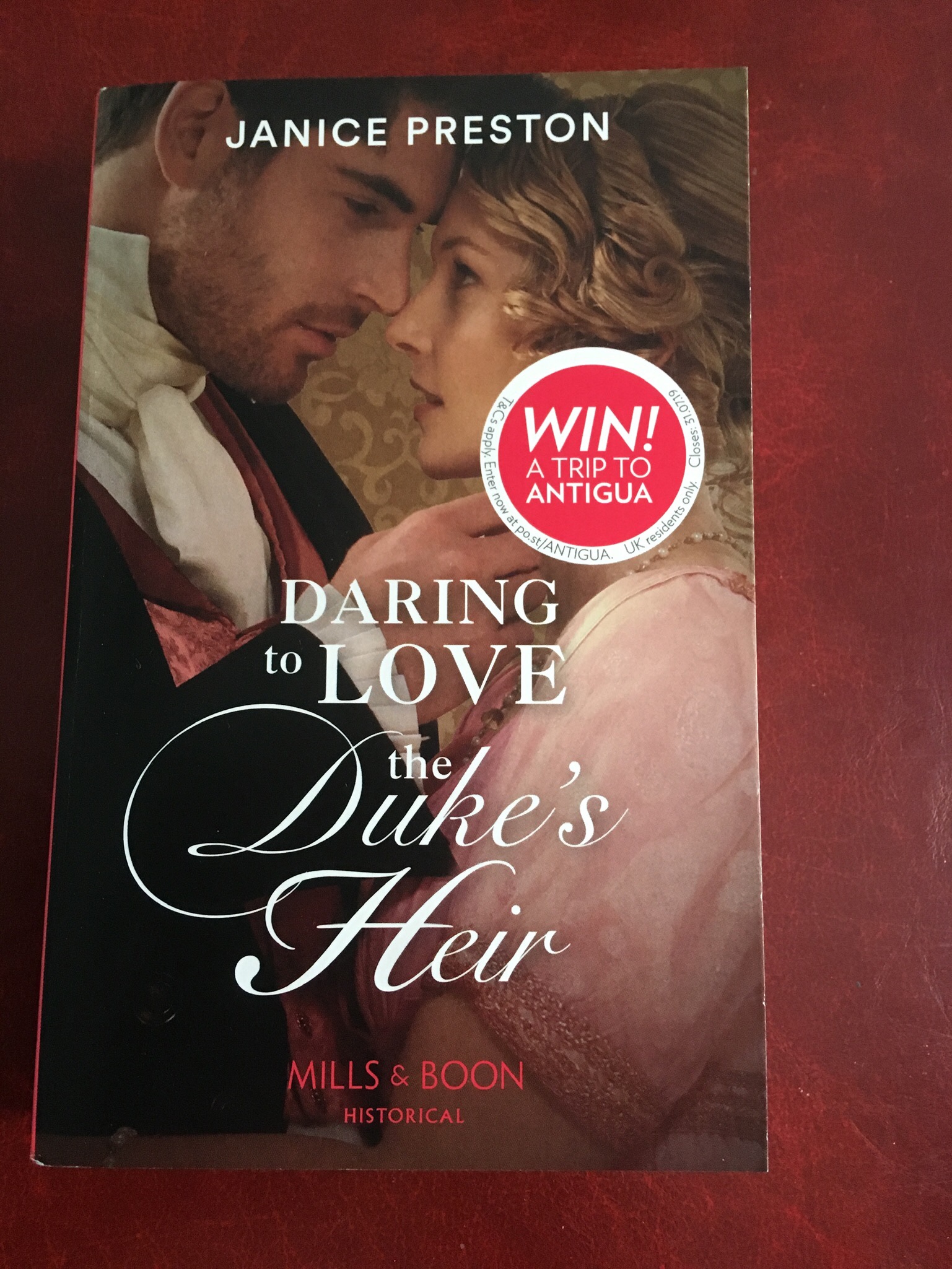 A site of history's odds and ends, and lots of books.

Tales and tips from a writer and book editor

author, speaker and lover of Dalmatians

Stop In For Snippets of 18th and 19th Century History

Stories and photos from Scotland